Half Hugs and Unopened Gifts 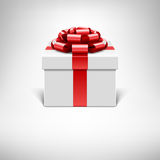 This week, I went to this place where I started singing karaoke on Thursdays. I know most of the faces there now, but not the names. I saw one robust older woman whose refined manner and generous smile reminds me of my mother. I walked over to embrace her, as has become my custom, but my positioning was awkward, resulting in a tepid greeting. As I turned to walk away, she said to me, “Come back here and do that right. Nothing worse than half a hug.” I laughed, faced her properly, wrapped my arms around her, and squeezed my spirit into hers. “Now that’s what I’m talking about,” she said.

Later that evening, back at home, I pulled out the school yearbook and reviewed the faces I had taught in the senior class. Between 10th grade English, 12th grade World Literature, Public Speaking, and DC History, I must have taught over 70% of the class. It has been almost six weeks since they took that last walk down the graduation aisle. As I studied the faces of each one, I find myself wondering if I did everything I could to fortify their minds and character as they step into the world.

Looking back, my favorite moment probably came near the beginning of the year. I was asked to address seniors during an all-day retreat. Because it is a Catholic school, spirituality is never far from the fore. I stood before the class, almost one hundred strong, and told them about this guy I roomed with for a bit in high school.

He was a senior transfer who had had some problems at a previous prep school. He wore his hair as long as the school rules would allow. He played guitar, laughed too loudly at small talk jokes, and always said “far out” in every other sentence. Naturally, we all took to calling him “Far Out.”

One night, while talking, he revealed that he was wealthy. By then, I knew all about trust fund kids, but his worth exceeded theirs. Between his parents and step-parents, he said he stood to inherit millions and millions of dollars. Then he told me something I did not expect. “I envy you,” he said. I must have had fifteen dollars to my name. “What are you talking about?” I asked. “You have it made.”

“That’s the problem,” he said. “I have it made, but I didn’t make it, none of it. You know you have to work for everything you get. My dad already bought my seat at Princeton. It’s hard not to be lazy, you know, and just float. What kind of fucking life is that?”

Later, he took me home for Thanksgiving. We flew in a private jet to the private island in the Keys where he lived. His folks were away on a deep sea fishing trip. Two maids, both black, served us food and then disappeared. His parents had this couple straight out of Young Republicans come to dinner that first night and ask me questions about my likes and dislikes. We both knew they were there to determine whether I could be trusted in a house as big as it was empty. After they left, we drank daiquiris and laughed at life’s many ironies.

I told the students how I often think about Far Out. I wonder if he still plays the guitar, and if he found his purpose in life. Sometimes we all compare ourselves to some invisible rules measuring the worth of our lives. I urged the seniors not to fall for that trap.

“Each of you, each of us,” I said, “has value beyond measure. I don’t know how many of you celebrate Christmas, but those who do know about the sight of wrapped gifts under a tree. I don’t about your house, but mine is a mess one hour after we start unwrapping. Now I want you to imagine this one present left unopened in the far corner. Year after year, holiday after holiday, it reappears bigger than before. But each year, the present remains unopened. Finally, after eighteen years, you can’t stand it anymore and move to see what’s inside this mysterious wrapping. You discover your name is written on it. It is a gift to you from God.”

“Inside are all your talents, all your uniqueness, all your whims and your whimsy. Use these things to find your purpose. Use these gifts to inform, to enlighten, not just your life, but the lives around you. Appreciate what you have and who you are. There is no one like you. And let’s face it, the last thing you want to be in this world is an unopened gift.”

I remember it was one of those pin drop moments when complete silence and thought overtook the group. I hold on to that moment now that our time together is past. There were no half hugs that day, and only a few in the days to come. During this summer, I rest comfortably knowing I pushed, prodded, praised, chastised, and cajoled my way into the air we breathed together. Now there is nothing left to do but exhale.

teachermandc is Mark E.P. Roberts, a middle-aged, high school English teacher entering his ninth year of instructing young minds. This blog is an attempt to capture the challenge of teaching and the essence of learning. At a time when DC has become the epicenter of educational theory, this blog will keep its preferred focus on students in an somewhat typical DC high school. I have taught in both public and private schools. To date, 95% of my students are of color. All names have been changed, and complaints about in-house politics will be avoided. Hope you enjoy.
View all posts by Mark E.P. Roberts →
This entry was posted in Uncategorized and tagged graduation, half hugs, high school seniors, senior retreat, unopened gifts. Bookmark the permalink.